Okido magazine always has some fabulous activities in. This month their magazine is all about architecture.

M and Z had loads of fun creating this den made out of newspaper. First they made 25 long tubes from large newspapers. 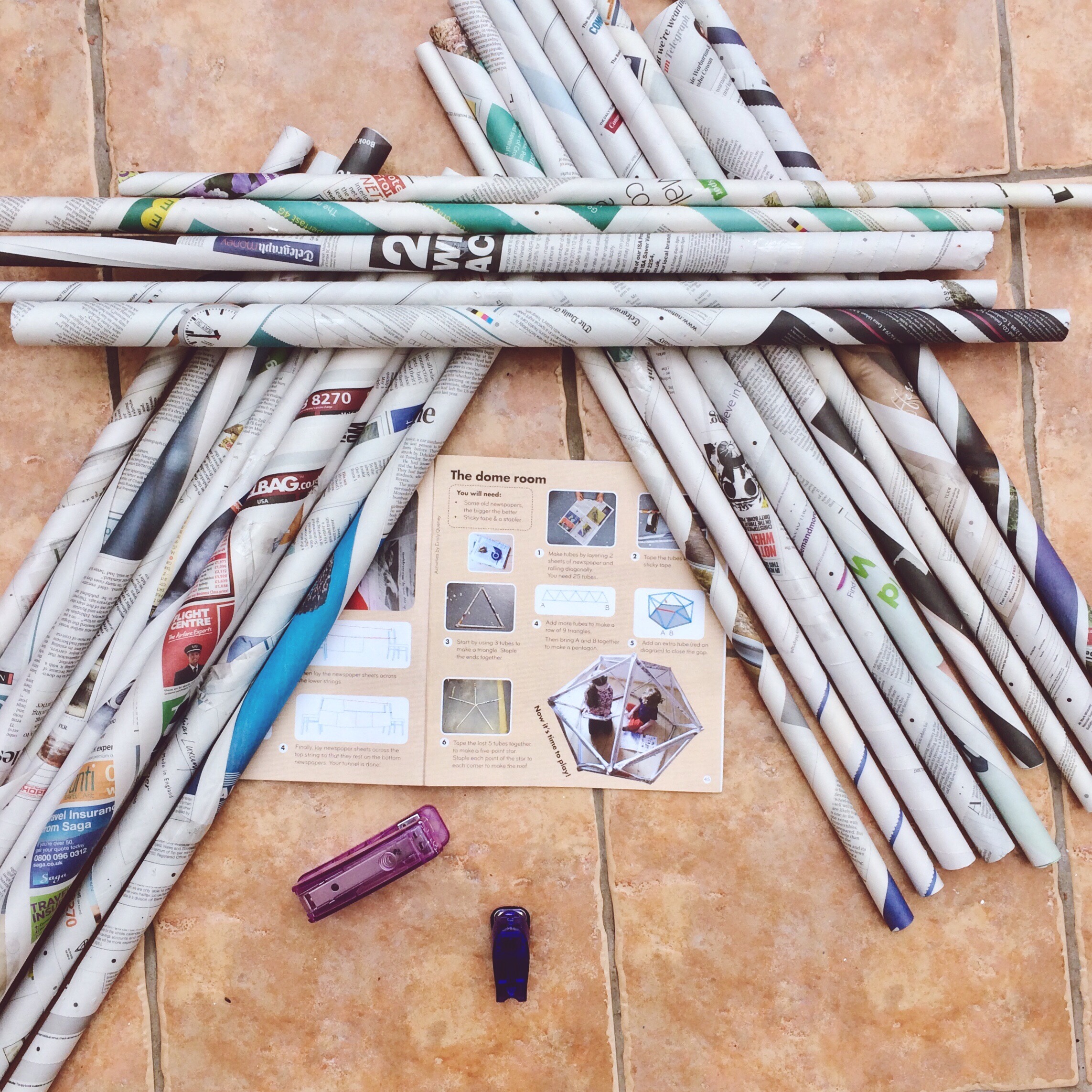 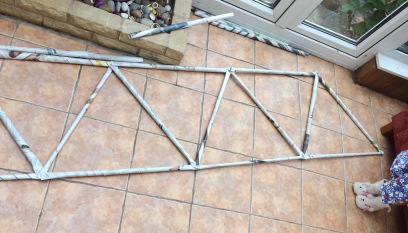 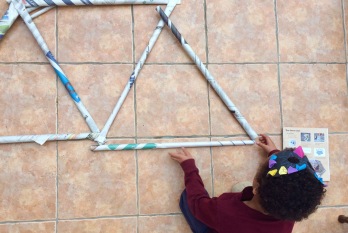 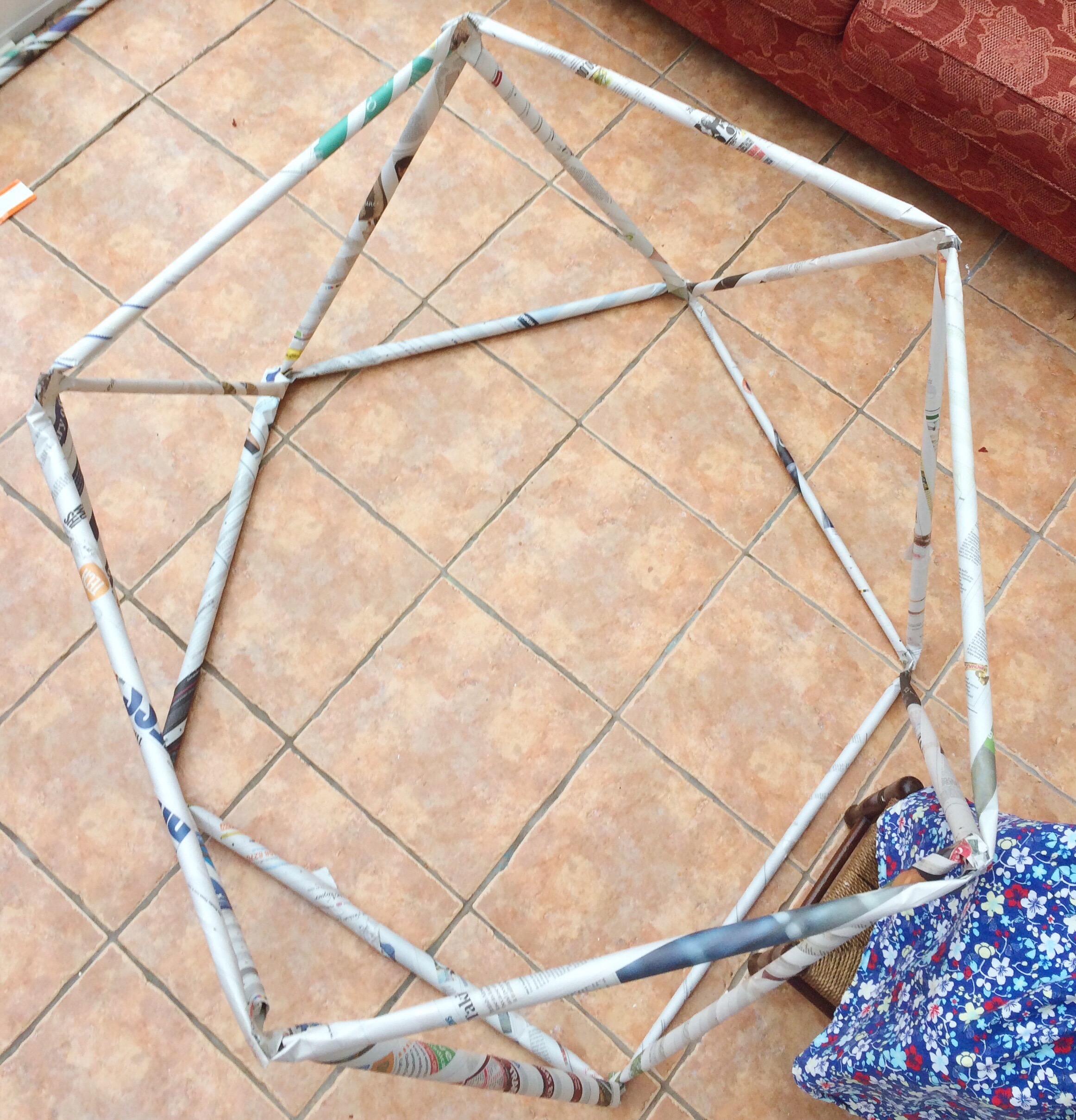 We then made the star shape with the remaining 5 tubes. And attached these to the structure to make the roof. 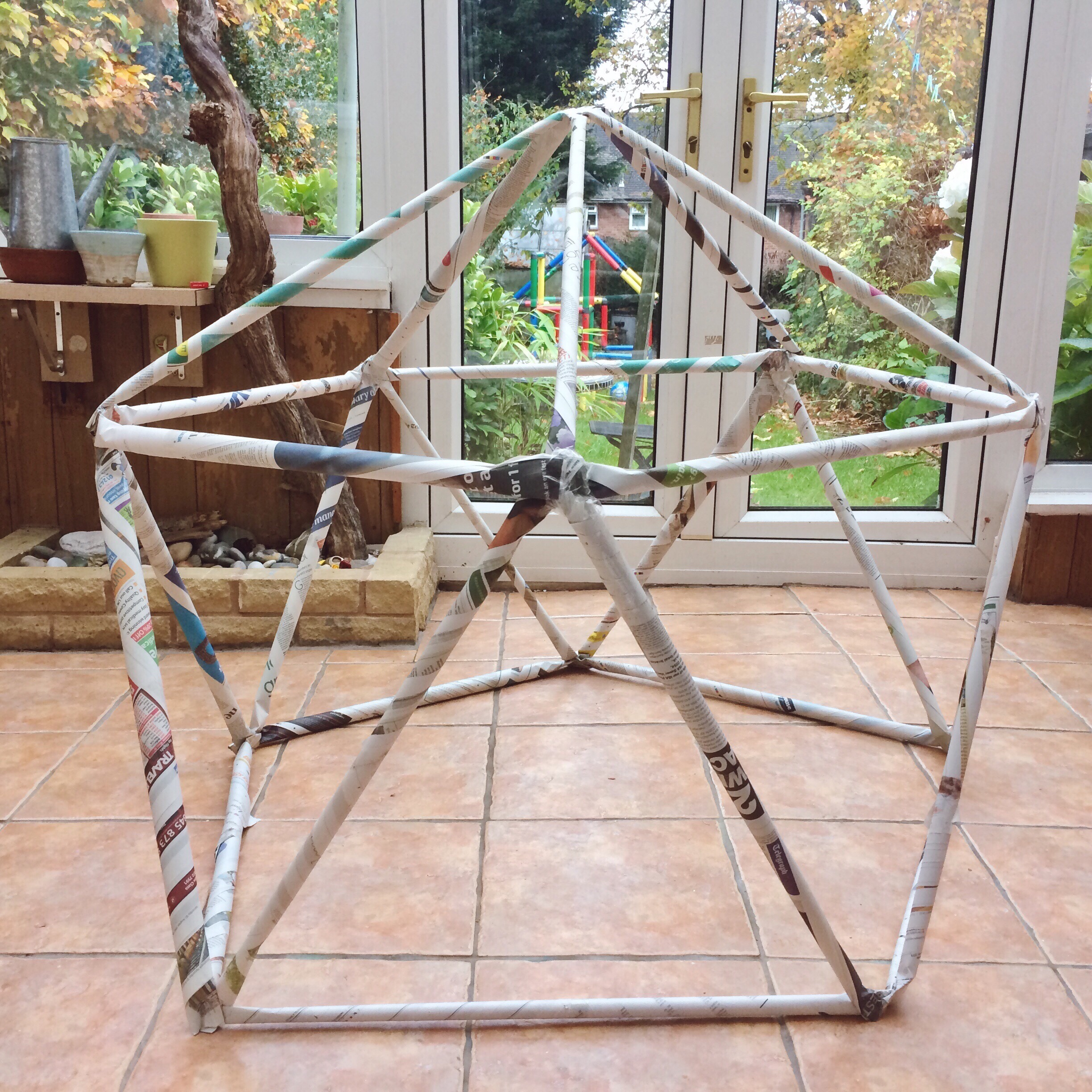 Now the den was complete and M and Z spend the next hour inside it looking at Okido magazines!

This den is rather little! I wonder whether it could be made bigger. I’m thinking another row of triangles?! I’ll get designing and make a mini one before attempting to make a big one. I’ll let you know how I get on!

We’ve previously made a rocket out of cardboard, which could constitute as a den, you can check out the pictures here. Also we’ve made an outdoor den from sticks, you can check this out here.

Have you made any dens? What was your most successful?