Did you know that there is a species of worm at can grow over 3 meters!! Yuck!

We’d been planning to make a worm farm for a couple of weeks…though I don’t think ours will have any 3 meter worms in! Though we did find quite a long one.

Backyard Science by Chris Maynard is a fabulous book full of experiments that can easily be done at home. Making a worm farm and making a rainbow were two that particularly appealed to Penguin.

To make the worm farm we needed sand, soil, glass bowl, leaves and vegetable scraps. And of course…worms!!

Penguin collected some soil and leaves from the garden.

As it was wet outside, hunting for worms was easy, we found five under one brick. 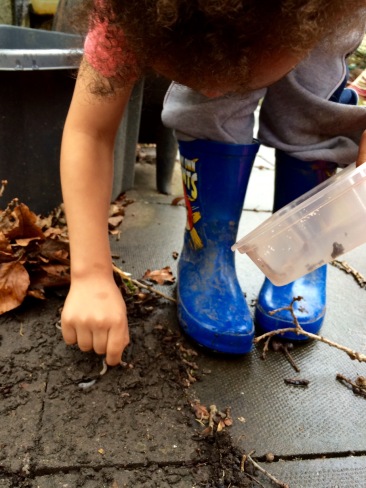 We put the worms in their new temporary home and watched. 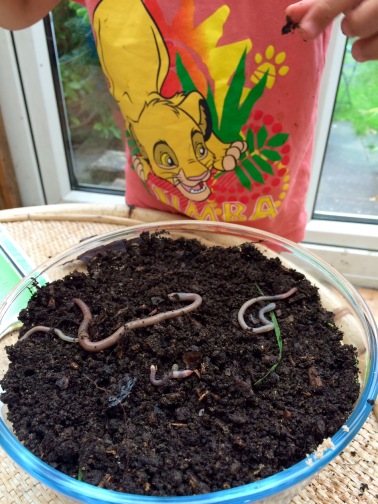 It said in our book to leave the farm in a cool dark place. We choose a cardboard box to put the farm in and left it in the cold conservatory.

Now all that was left was to observe the worms over the next few days/weeks, this would give us a real insight into what goes on underground.

We got our worm farm out of its box on a number of occasions and looked at the tunnels the worms had made and look to see if we could spot our worms. The first picture is what the farm looked like after one week. The second is after 3 weeks. I love the marble effect of the sand and soil. It was then time to put the worms back outside where they would have ample more space to explore! 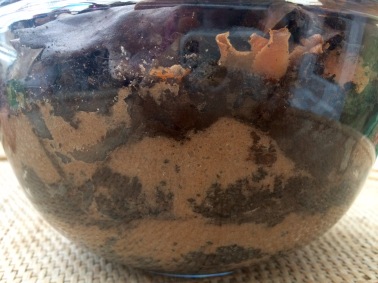 36 thoughts on “Making a Worm Farm”