My son said to me today ‘The Dead Sea is as deep as the Eiffel Tower is tall’. He loves watching Go Jetters often shares random facts with me. He went onto tell me ‘The more salt the easier it is for heavy things to float.’ Penguin also loves experiments and suggested we see if things would float in water with salt in, so that’s what we did.

We weren’t very technical about the experiment and didn’t get our coin to float. We just put a lot of salt into a small pot with water. Penguin managed to get a blue bead to float in salty water, even when pushed to the bottom, it still floated back to the surface. The same blue bead sank in regular tap water. He was very excited!

I was really glad this experiment worked and we got the outcome we expected. I’ve been getting tired of trying to do experiments that look good in a science book but in reality don’t work very well.

After watching some videos online we found that this experiment is really effective using an egg. So we had a go 😀 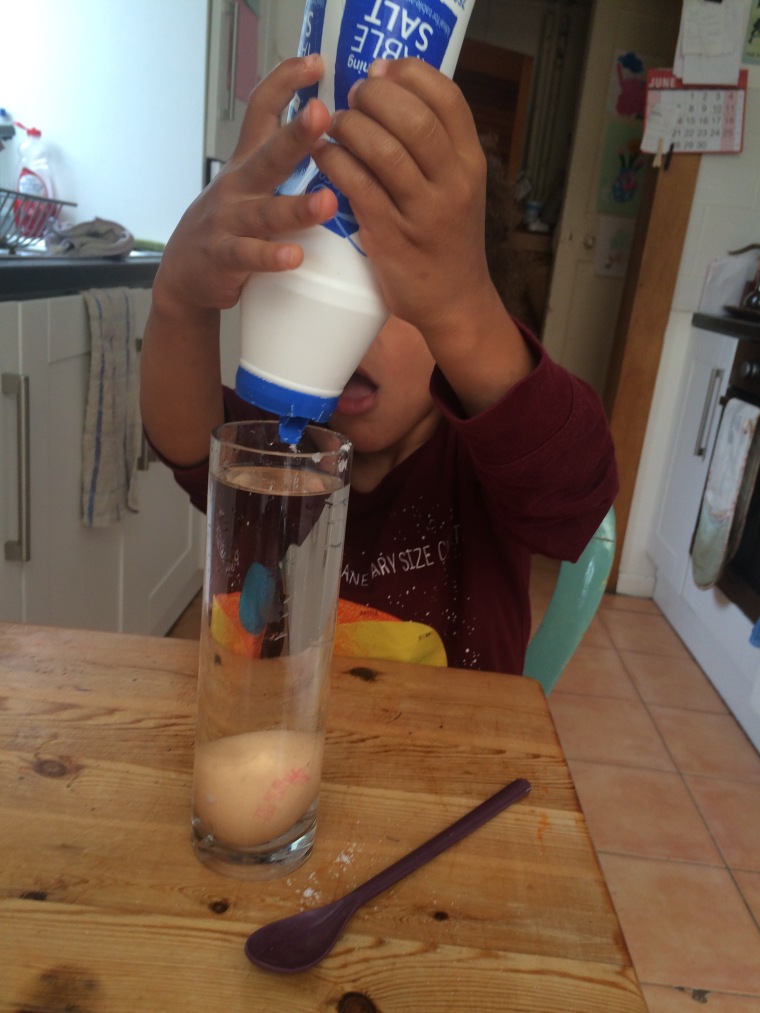 23 thoughts on “Floating on Salt”